# If the reward type is "EasyReward", 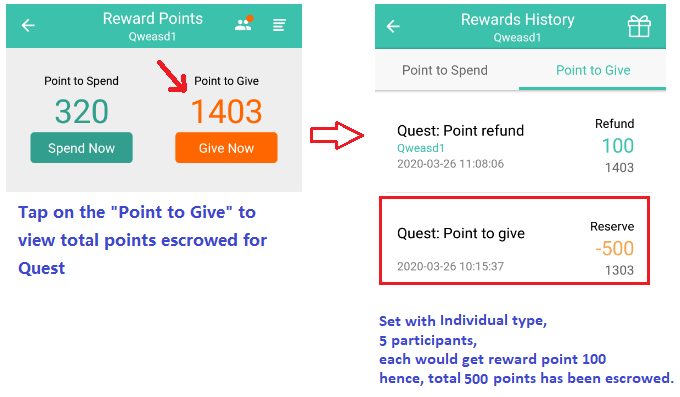 Flow 2: Update Quest Progress by the Participants or Quest Owner

-Participant can only update his quest progress

-For the progress request submitted by the participant, it needs approval from the quest owner.

-After the owner approved it, the real progress number would reflect accordingly. 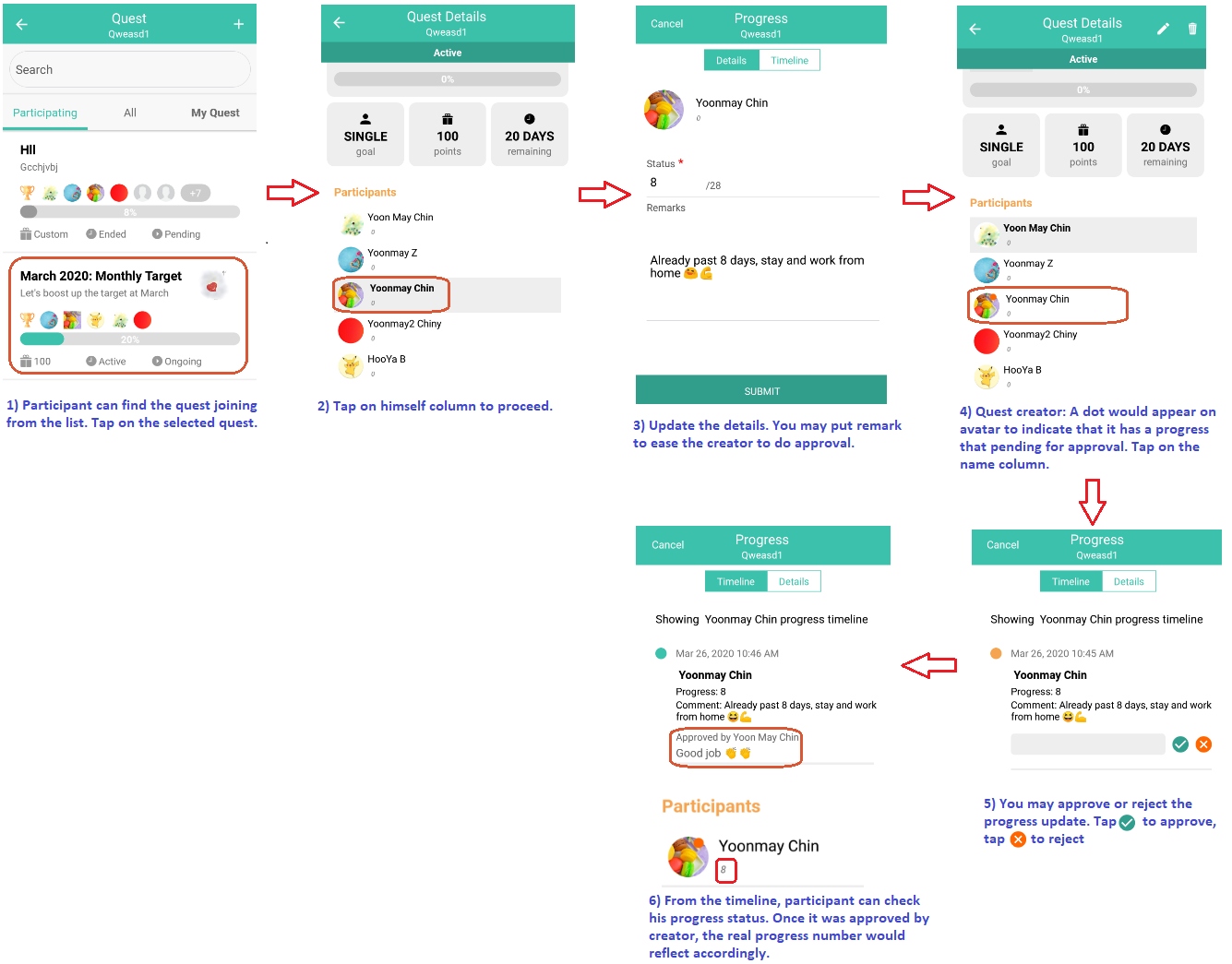 -After updating the participant's progress, the real progress number would reflect accordingly.

Q&A 1: Isn't it possible to update the ongoing or upcoming Quest details?

# You cannot update the reward type(for example, change from custom to EasyReward) and participant type(eg change from Individual to Group).

# When you add/remove participant(s), the point would be escrowed/refunded accordingly.

- If you add 2 participants to join the Quest, total points 100 would be escrowed.

- However, if you remove 2 participants from the Quest, total points 100 would be refunded to your Point to Give account.

Mark Mission to Failed & Refund Points to Owner Account(if any)

Q&A 2: Isn't it possible for either the participant to submit an update progress request or owner to update participant progress when his mission was finalized to Accomplished/Failed?

# No. Either the participant or owner is disallowed to update the progress.

# However, you still can view the participant history timeline.

Q&A 3: After finalizing the participant's mission status, isn't it possible to re-update it?

# You are not allowed to do so. Please think twice before marked it accomplished or failed.

Q&A 4: Even though the participant doesn't hit the target, am I allowed to mark his mission as "Accomplished"?

# Yes, you can mark it as "Accomplished" to appreciate his hard work or motivate him to work hard next time. And he would get rewarded.

E
EasyWork is the author of this solution article.

Did you find it helpful? Yes No

Send feedback
Sorry we couldn't be helpful. Help us improve this article with your feedback.